Hands-on toys engage children’s imagination and creativity in ways that screens cannot. When children build and create with hands-on toys they participate in play that boosts their confidence and advances their social and intellectual skills.

The holidays are here and for both parents and children that means gifts galore. Toys are on top of every child’s gift list, but for parents who want to minimize screen time, not all toys will make the cut. Screens have become more prevalent during play time, and while smartphones and tablets keep children occupied, they do very little to advance their creativity. 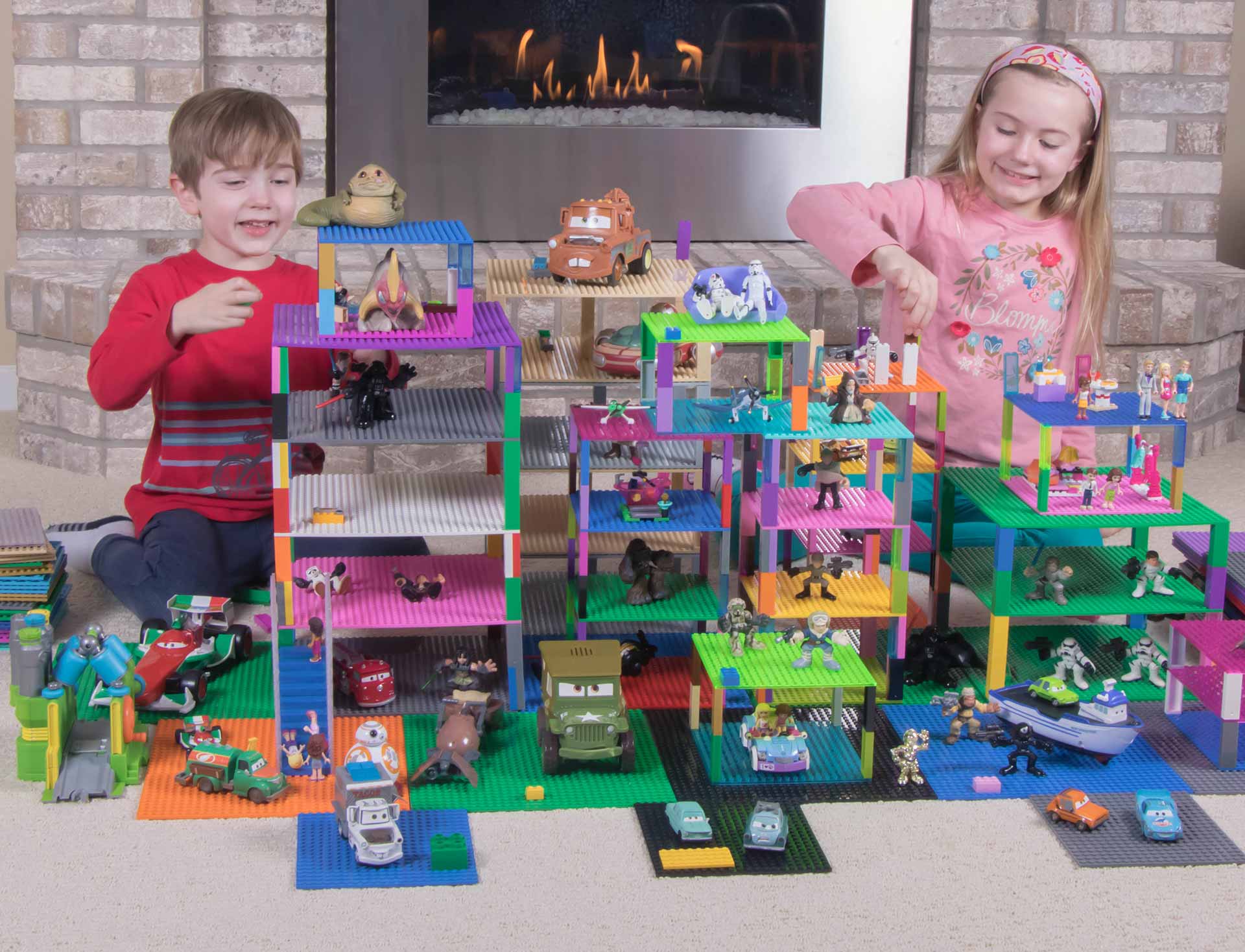 Children today are completely immersed in the digital age. Where previous generations digital consumption was primarily TV screens, children today grow up with TV, smartphones, tablets, laptops, desktops, and more. According to Common Sense Media, a nonprofit organization dedicated to helping kids thrive in a digital world, 98% of households with children 8 and under, have access to a tablet or smartphone. This is up from 52% just six years ago.

Research is beginning to suggest that limiting a child’s screen time can benefit their cognition including memory, attention, processing speed and language. In fact, the American Academy of Pediatrics advises parents to “make unplugged playtime a daily priority, especially for very young children.” In their advisory for parenting in the digital age, they also discuss the importance of face-to-face communication for young children that they cannot receive from interacting with screens. “Research has shown that it's that ‘back-and-forth conversation’ that improves language skills—much more so than ‘passive’ listening or one-way interaction with a screen.”

The benefits of hands-on toys for children

Hands-on toys certainly take children’s attention away from screens, but they also engage children’s learning in entirely new ways. When children play with hands-on toys, they’re using their imagination, exploring their creativity, and challenging their minds.

When children play together with hands-on toys they are immersed in social interactions that allow their creativity and imagination to thrive. A screen can talk back to a child, but it doesn’t improvise emotion and reactions the same way another child does. Whether they’re drawing on a chalkboard or building a castle out of building bricks, this type of play allows them to share their imagination, create connections and learn.

Hands-on toys allow for social interaction in ways screens do not.

When children play with hands-on toys together they immerse themselves in social interactions that allow their creativity and imagination to thrive. A screen can talk back to a child, but it doesn’t improvise emotion and reactions the same way another child does. Whether they’re drawing on a chalkboard or building a castle out of building bricks, this type of play allows them to share their imagination, create connections and learn.

Boost confidence through trial and error

Hands-on toys allow children to experiment with new ideas, and learn from their mistakes. Using their hands to build and create inevitably leads to messing up and finding a solution to move forward. When a child attempts to build a fire truck from building bricks and discovers they need to replace one piece with another, they’re actively learning how to fix their mistakes and boosting their confidence by finding the right solution. This play and learn process that happens is extremely beneficial for a child’s intellectual and emotional growth.

Give the gift of creativity with Strictly Briks toys.

Hands-on toys at Strictly Briks give children endless building possibilities that fully engage their creativity and imagination. From traditional building bricks to Rubik’s Briks that let children build in all directions, Strictly Briks toys unlock a world of inspiration where imagination is a child’s only limit.