School’s out for the summer and children everywhere are thrilled, but what about their parents?

Three months of summer flies by for children, but for parents unsure of how to entertain, the short summer season feels like an eternity. Strictly Briks toys not only keep your children entertained, they engage their learning skills in a fun way while they’re not actively using them in school. Good Morning Washington recently featured Strictly Briks’ Brik Buster on their list of Hottest Toys for the Summer, as recommended by the Toy Association. They love our interactive, team-building, laughter inducing, tower toppling game. Parents, give your children a fun-filled summer and keep them entertained with Strictly Briks’ Brik Buster game!

Strictly Briks’ Brik Buster is fun for all ages 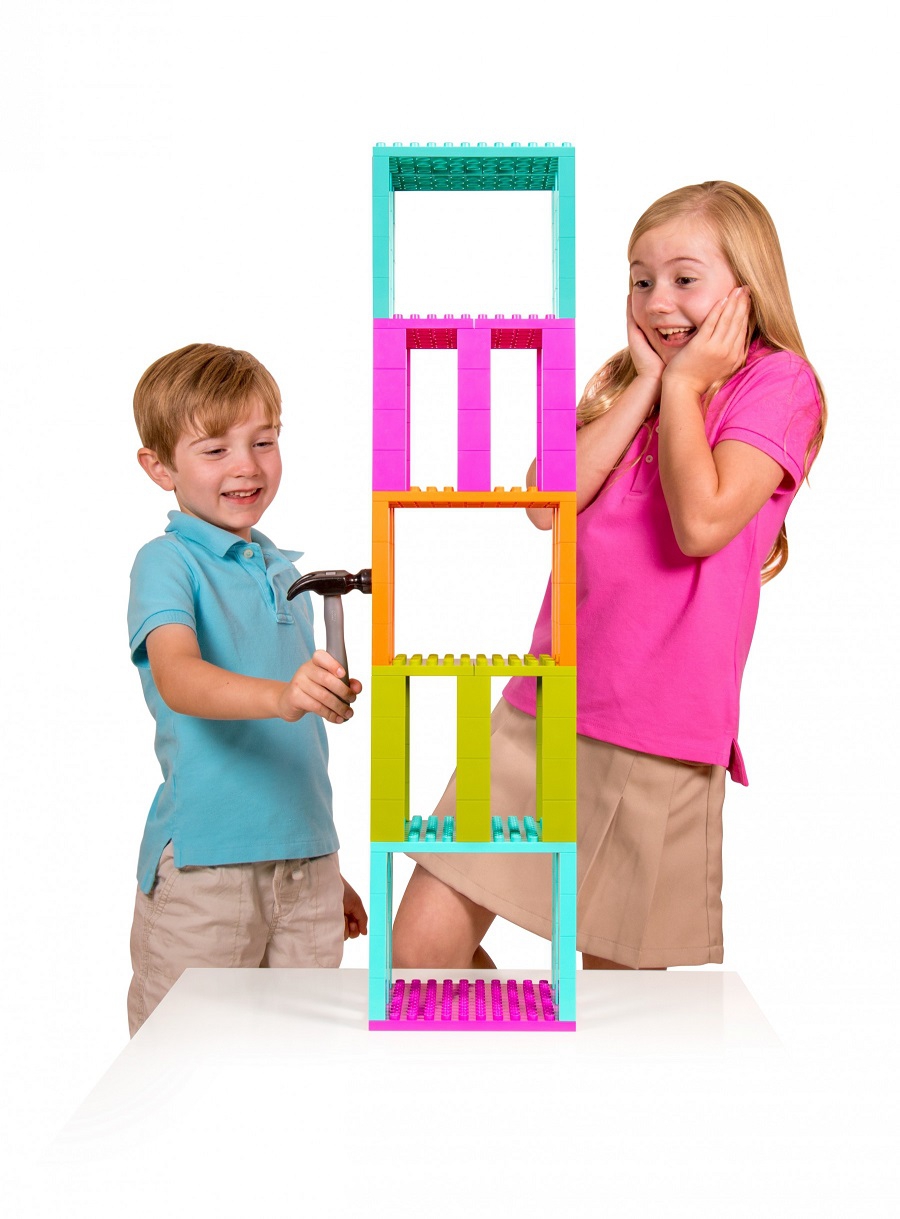 Many toys are fun for one specific age group, but what about parents who want to entertain all three of their children simultaneously? When you have kids of ages ranging from three years old to eleven, it’s difficult to find one toy that’s fun for all of them. The Brik Buster game not only entertains children of various ages, it allows them to enjoy playtime together.

There are numerous reviews from parents who say the Brik Buster game is fun for all of their kids. Parent and teacher Crystal praises the Brik Buster’s versatility for kids of many ages on her blog, stating, “Because there’s such an age span between my children (ages 3, 8 and 10) it’s not an easy feat to find something that all three of them enjoy doing together for any length of time. But one thing that has connected them is their love of building, and in this case, a creative game that incorporates building!”

Kids work together to build an imaginative creation

All parents are familiar with sibling rivalries and arguments. Whether they’re bickering over the last piece of candy, or sharing their favorite toy, the Brik Buster game brings your children together to establish one common goal: create something imaginative! Strictly Briks’ Brik Buster game comes with 133 building bricks that allow your children to build a tower up to 5 stories tall. Your kids use their imagination and creativity to work together as a team and create their own unique structure.

Break out in laughter when you knock it all down

Once children work together to build the tower up, the real competition begins as they take the toy hammer (included in every Brik Buster game) to knock the tower down. The point of the game is to deconstruct the brik tower gradually, piece by piece, as the person who makes the entire tower topple over, loses. When your children break out in bellies full of laughter, you quickly discover there’s no real losers in the Brik Buster game.

The Brik Buster game is the perfect solution for parents struggling to keep their kids occupied this summer. Play, laugh, and build this summer with Strictly Briks.